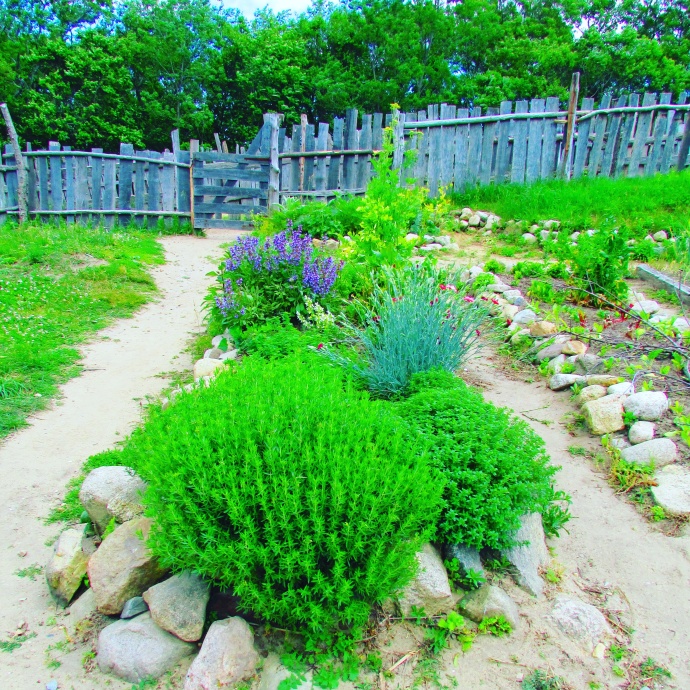 I found the Colonial Williamsburg Foodways blog, I think via Pinterest (although I can’t remember now where I found the link through a link).  It’s spurred my thirst for everything historical food.  Which, to be honest, wasn’t that far off to begin with.  I like cooking.  I’m a history major.  It seems like the perfect marriage of hobbies.  I’ve been looking at all sorts of historical food sites, and everything is SO different from our modern recipes.  I mean, I’ve known that food goes through phases of popularity, but I have never seen anyone use heavy spice without adding sugar (for instance), or dealt with that much game. There are savory puddings, oysters in everything, and a penchant for white vegetables, for some reason.

I bought a little pamphlet version of a revolutionary recipes cookbook at the Yorktown Victory Center for the Wassail recipe a few years ago.  Yesterday I tried some of the other recipes in the book.  After that, I’m definitely going to go for some of those Williamsburg recipes.

Martha Washington knew what was up, guys.

I made her Chicken Fricassee, and it’s maybe the best thing I’ve ever cooked ever.  And that’s saying something, since my rack of lamb with sour cherry sauce is something Brian’s still talking about 6 months later.  The chicken here is heavily spiced with nutmeg and cloves in a gravy that’s light, salty, and sweet all at the same time.  Brian took one spoonful of the gravy and told me I was making that for Christmas next year, whether I liked it or not.  I’m seriously dreaming of sailing in to it tonight.

I also made a Sally Lunn bread, which is really half cake, half bread because it has eggs and milk and sugar in it as well as yeast.  It turned out to be this buttery, crusty thing with a soft cakey center, almost not sweet at all.  It was a lot of work – I had to hand-beat it for over 10 minutes – but worth it for special occasions, certainly.  I took a small sliver to taste how it would come out, and then took another small sliver, and then another…

I learned also that the more people who came, the more types of dishes you were supposed to have – up to 18 different items for 15 people dining at your house.  Yikes!  Chicken Fricassee and Sally Lunn are 100% hits, but there are a million others that I’m dying to try.  In the recipe-testing column, are these:

For desert, Syllabub (from the cook book).  But definitely Martha Washington’s spice cake and marzipan hedgehogs.  Those hedgehogs are my FAVORITE thing so far. So cute that I don’t even care if they taste bad.

So, no kitchen disasters yet. And if the best happens, I’ll have a whole slew of fun recipes under my belt for special occasions.  My stomach is looking forward to it, as are my fancy history vibes (don’t ask me what those actually are, I couldn’t tell you).