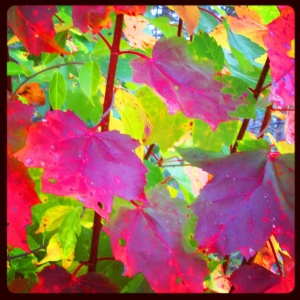 So, how is the novel, you ask?  Sometimes people do ask me, you know.  And I hardly ever answer with the truth, because I would have to say, “Yeah, it’s a mess.”  I’ve broken every resolution I ever made about the thing.

I was supposed to be done with draft 5 before the year turned new again.  I’m 80 pages away, and I can’t seem to make myself charge forward any more.  Why?  I realized that in editing, I edited out all reference in the second part of the novel to one of the main character’s injuries – which was basically the entire premise for the first part of the novel.  It has to be in there.  It has to be.  So I feel like an idiot going blissfully on and still leaving out that important piece.

But re-copying the novel is the best thing I ever decided to do.  Structurally, it’s so much better than it used to be.  And it seems stupid to go back, edit in all the other stuff to add the injury in, and then come to this rough, badly edited piece again.  Would it not be better to just finish re-structuring draft 5 and then edit the injury into draft 6 as a complete draft?  Or would it actually not?  I have no idea.  I’ve never written a novel before.  This is my first one.

This is not the first time I’ve felt like an idiot while writing a novel, FYI.

And the real problem is that the novel is in two parts.  That’s what creates all the angst (and the cheating.  One draft at a time, self).

I was supposed to be reading the manuscript to Brian starting on the first. I realized, though, that I wanted to do another polishing draft.  So instead of working on the end part of draft 5 in December like I was supposed to, I did draft 6 on the first part again.  And then I started reading draft 6 to Brian, who offered excellent suggestions I’m eager to put into practice in draft 7.

BUT I HAVEN’T FINISHED DRAFT 5 YET.

Sigh.  Wrangling myself is like herding cats.   I’ll be buckling down on draft 5 this week, although I don’t really have any hope for myself.  But if you put it on the internet, it HAS to happen.  Right?