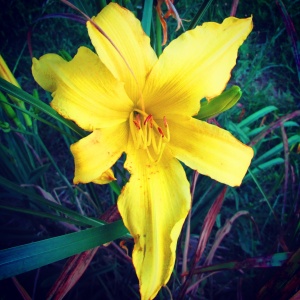 I do not usually weigh in on political issues, but I have something I want to get off my chest. You have been warned.  And you should also probably note that I am very white and very middle class, so take my opinion on race for what it’s worth.

A lot of people in my circle feel like the indictment decision in the Ferguson case was a good and valid one. Darren Wilson had a ton of evidence to support his statement that Michael Brown attacked him first, and eyewitness accounts were inconsistent (and that’s an understatement). I don’t exactly feel like it was a wrong choice myself, if the circumstances were different and if race relations in this country were better. But race relations in this country are not as good as we pretend.

It is counter-intuitive, but whether Darren Wilson is guilty matters not one whit to the question of whether there should be a trial or not. Do we not owe it to Emmet Till and the hundreds of black Americans killed in this country to take this matter to a courtroom? Do we not allow a jury of 12 peers to say ‘innocent,’ instead of only a white prosecutor and a white judge? I think we need to. And the fact that this won’t happen now is a tragedy with real consequences.  The verdict may not be Jim Crow, but it sure smells like it.  And that is why people are angry.

I am lucky, because I get to be outraged at the wave of black men being shot in the streets. I do not have to be both outraged and fearful that my children will be gunned down next. I stand in spirit with those on the streets of Ferguson. Your protests are valid; you deserved your day in court.